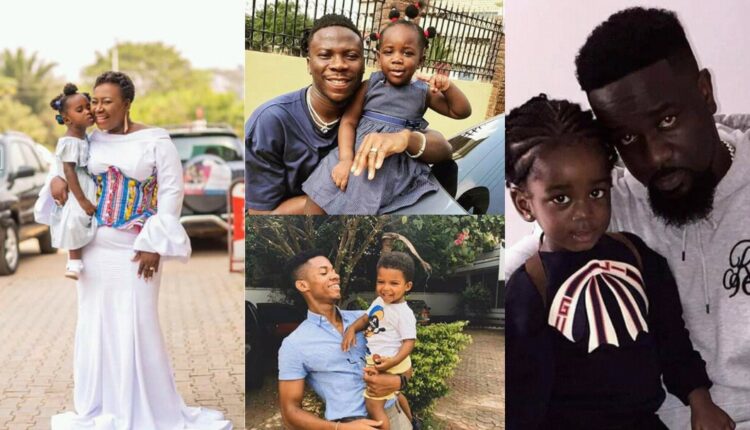 10 Ghanaian celebrities, with their lovely kids.

Celebrities are always in the spotlight and are exposed to the outside world. This makes them passionate about their work and how they live their personal lives.

Despite the nature of work of a celebrity, Some haven’t been prevented from building up a family on their own. They feel aside work, family is also important and thus a great idea.

Gifty Anti, known by stool name as Oheneyere Nana Awo Dansua, is a multiple award-winning journalist, host of the standpoint television show, an Author, a well respected motivational speaker, the CEO of GDA Media, and the President and founder of the Girl in Need Foundation and the Awo Dansoa Reading Project. Her daughter is a Royal and her name is Nyame Animunyam Afia Aaah Afrakuma Sintim Misa

Vivian Jill Lawrence is a Ghanaian multiple award-winning and one of the richest actresses in Ghana. She has two children and in the picture below is her second son called Alfie Nana Amponsah Okobeng.

Livingstone Etse Satekla, better known by his stage name Stonebwoy, is a Ghanaian Afropop, dance hall and reggae artiste. He has two kids but below is a picture of her daughter called Catherine-Jidula Satekla.

Solomon Adu Antwi who is popularly known as Yaa pono, is a Ghanaian rapper and Hip-pop artist from Tema. His daughter’s name is Leven Antwi.

Dennis Nana Dwamena, better known as KiDi, is a Ghanaian high-life and afrobeats singer-songwriter. He has a son and his name is Zayn.

John Dumelo is a Ghanaian actor, farmer and politician. His son’s name is John Dumelo Jnr.

Soldier, wife and child killed in horror car crash near military base