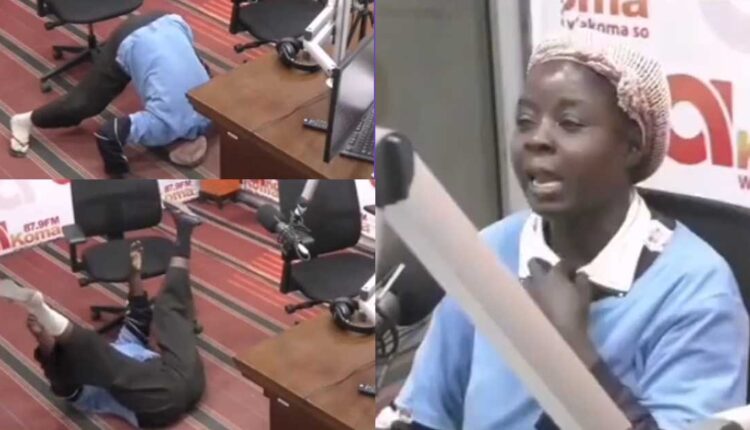 An old woman in the Western Region of Ghana was all tears when she took her issue to Takoradi-based Akoma FM so her prey could be tracked and justice be served for her.

The woman who is about the age of 60 narrated that she had gone to the mallam at his shrine for an ailment only to be deceived into having sex with him.

She narrated that she trusted the mallam when he asked her to bend down so she can insert the medicine into the proper place but realised he was doing a different thing as she felt his manhood in her.

After having his way with her in that position, she was asked to lay down and raise her legs in an awkward position where he had his second bout of sex with her.

She demonstrated the two awkward styles to the host of the show whiles she wailed in tears.

Why Your Manhood Keeps Shrinking? See what you can do to…