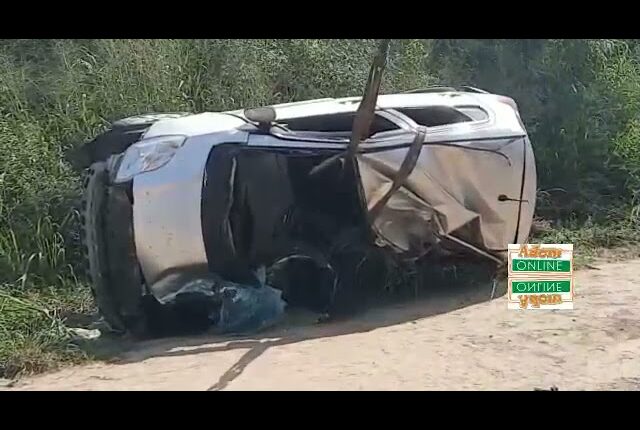 One person is feared dead with another in critical condition after a terrifying accident on the Accra-Cape Coast Highway.

The accident occurred on Tuesday afternoon at the Kasoa tollbooth, involving an articular truck with the number GT 6456-N and an Uber with registration number GC 8344-21.

According to witnesses, the vehicles were travelling in the opposite directions but the truck crushed the Uber in an attempt to save a pedestrian.

One of them told Adom News‘ Kofi Adjei that one of the victims had his legs badly damaged due to the impact of the crush.

The Uber driver, they narrated, was also trapped in the vehicle and it took some time for them to extricate him as he had his seat belt on and his side of the vehicle was badly damaged.

They were rushed to Finney Hospital at Mile 11 near New Bortianor within the enclave.