David Adedeji Adeleke, popularly known as Davido is one of the most successful Nigerian musicians of this generation.

He is one of the most influential artists in Africa. Davido rose to fame after releasing “Dami Duro”, the second single from his debut studio album Omo Baba Olowo in 2012.

The singer makes popular and catchy music and he has an incredible work ethic, dropping hit song after hit songs.

In October 2016, he released the 5-track EP Son of Mercy, which was supported by the singles “Gbagbe Oshi”, “How Long” and “Coolest Kid in Africa”.

In April 2017, he released five singles including “If” and “Fall”. “If” generated worldwide social media activity while “Fall” became the longest-charting Nigerian pop song in Billboard history.

Davido is famous for his music, and he is also famed for his baby mama drama. Davido rarely has an incident-free relationship, and he is regularly in the headlines for something pertaining to the women in his life. Davido is only twenty-eight years old, but his list of baby mamas and girlfriends is quite long.

This piece is focused on detailing Davido’s relationships and all the drama surrounding his baby mamas. Davido has 5 children.

Sophia Momodu gave birth to Davido’s first daughter Imade Adeleke on May 14, 2015 and it was shrouded in a lot of controversies before and after childbirth.

The two had to fight for custody of their first child.Davido said that Sophia was an irresponsible mother and smoked Indian hemp popularly known as weed.

The little Imade was said to have been ill and her blood sample was taken at the hospital which found the substance in her blood.

Davido’s family seized the baby and attempted to take her out of the country to Dubai. Sophia had no choice but to cry out to her famous uncle, celebrated journalist Dele Momodu who alerted the airport authorities of the planned ‘kidnap’ – which then threw spanner in the works of the plan to ferry the innocent girl out of the country without her mother.

She was subsequently returned back to Sophia and Davido simply moved on with his life and went on to have more baby mamas.

According to him,he was only 21 when Sophia “tortuously announced to me that she was in the family way”.

“My mind was bemused, and so was my soul confused. But I quickly realized that nothing more could be done to alter my status as a father-to-be. I knew that I was not ready to be a dad. Still, I adjusted myself to the realities of my new situation and the consequences of my past personal indiscretions.“

“I made the determination that I was going to be a good dad. I also reasoned that my blunder is not enough pretext to make me a husband. I was just 21. And so I decided to be a responsible dad without being a husband to the mother of my baby. I never was in love with Sophia neither was marriage ever in the offing.”

Davido welcomed his second daughter, Hailey Veronica Adeleke, in May 2017 with Amanda who is based in Atlanta, Georgia.

Davido took to Instagram to make the announcement of her birth.

Amanda, at the time, was reported to be a student of Georgia university.

Davido and Chioma Avril Rowland have a son Ifeanyi

Davido and Chioma became friends in 2013, but began dating in 2015. Davido revealed the start of their relationship in a 2020 interview, saying: “I have known Chioma for about seven years. We have been dating for about five years. Lati introduced me to Chioma. We went to the same school, Babcock University. We started as friends but I got so used to her and she got so used to me as well. She is a great cook as well.”

However, the two didn’t go public until 2017, when Davido composed a song for her and also starred her in his music video for Assurance.

Since then, Davido said to The Juice in an interview that the video began a spiral of hate towards both Chioma and her family from fans: “Even her parents use to get hate texts. It affected our relationship a lot because, before the Assurance video, stuff was so cool. The relationship became a public relationship.”

After they introduced their families in September 2019, they soon became engaged in Lagos. The wedding was set to take place in July 2020 but was put on hold due to the coronavirus pandemic, which sparked rumours of a split. However, in a Bounce Radio interview, Davido explained: “Honestly, Coronavirus messed plans up because it was meant to be in July. I have decided it will be some time next year. For now, I want her to work on her business while I work on my album and the kids. I want everything to balance first.”

Rumours of a split after pictures of Davido locking lips with Mya Yafai trended online.

Davido and Chioma have long been a ‘goals’ relationship for many, but fans aren’t so sure anymore.

Rumours of a split between the pair have been around for months now after Chioma reportedly stopped wearing her engagement ring. Neither parties spoke on the rumours, leaving fans unsure of their relationship status.

However, pictures surfaced online in which saw Davido kissing and Mya Yafai.

Following the kissing saga between Davido and his alleged new lover, Chioma deleted all loved-up photos of her and her fiance from her Instagram page – although they are still following each other.

It’s also still unclear whether or not Davido and Chioma are still in a relationship, or have split previously.

A Nigerian lady identified as Ayotomide Labinjo alleged that her daughter is Davido’s first child.

The little girl named as Michelle Anuoluwapo Adeleke made the news years ago.

The said lady had cried out of being abandoned by Davido after impregnating her sometime in 2013 and later given birth to a baby girl, that same year.

The story, like Davido’s other baby mama scandals, was a well-celebrated one back in 2017.

It was all over social media and several other media platforms. It was indeed a mother of all scandals because, at that time, Davido was expecting another child from his American based girlfriend, Amanda.

According to Labinjo story, she and the singer met only twice and slept together both times they met.

She also claimed that Davido paid a doctor after a paternity test revealed that the singer his not the little girl’s father.

The lady, however, noted that she is ready to go to the court to demand another test.

In 2020, there were rumours of Davido welcoming a child with Larissa Yasmin Lorenco also known as Larissa London, an Angolan born makeup artist living in the United Kingdom.

Though Davido is yet to publicly react to the rumour, Larissa in an Instagram post a few days ago unveiled her child to the world for the first time, when he was celebrating his 1 year birthday.

Larissa in an Instagram exchange with a follower revealed that she named her son “Dawson Noe”, a boy’s name of Welsh origin which means “Son of David”.

Davido however has denied paternity and was reported to have changed his phone number last year because of the Angolan.

Larissa was said to have met Davido backstage at his concert at the O2 in the UK, a few years ago.

The two kicked off a romantic relationship, leading to what some believe, to the birth of Dawson Noe – which would be his second son. 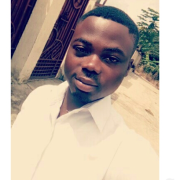 Government orders street hawkers in Accra to relocate within 2 weeks

These are 5 top signs of fake love in a relationship

Government orders street hawkers in Accra to relocate within 2 weeks

These are 5 top signs of fake love in a relationship