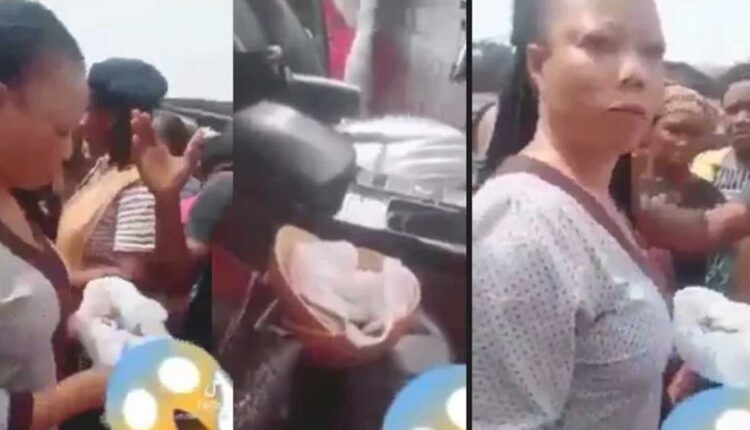 A woman who drove in a V8 nearly met her untimely death after she was confronted by folks who saw her share strange meat to some children in their neighbourhood.

The woman who didn’t seem familiar with the neighbourhood folks arrived in her luxurious car holding a calabash with a good number of meat pieces in it.

She started sharing the meat as soon as she got down from her V8 which was kind of suspicious to those around.

Parents in the neighbourhood who had their children taking the meat saw the woman, confronted her, which drew the attention of others who moved to the scene.

They moved the woman to eat the meat herself as she shamefully got into her car and drove off.