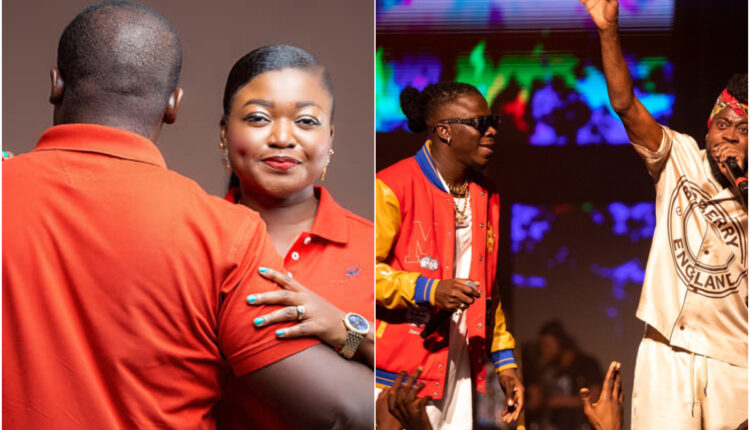 Lawmaker and anti-gay crusader Sam George was one of the few high-profile personalities that stormed the 5th edition of the annual Bhim Concert which went down live at the Accra International Conference Centre (AICC).

The astute politician was captured by the lens of the camera singing and jamming to Stonebwoy’s songs while he was on stage dishing out hit after hit songs to his teeming fans.

His adorable wife was also spotted having a good time as she sang most of the songs word for word. The video was shared on the internet by one Kofighozt.

Jamaica 🇯🇲 is in the building indeed 😃 @kingbeenieman