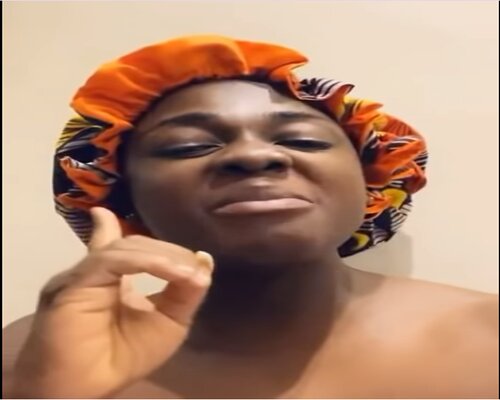 video has been sighted on the internet of a lady who trapped her cheating boyfriend and caught him chewing another lady’s honey pot.

In the video below, the lady caught her boyfriend red-handed with another lady said to be his ex-girlfriend.

The angry after catching the two meat-lovers pounced on them resulting in a fistfight between the two ladies.

The aggrieved lady, who was in the company of some male friends to give her security in case things turn south, recorded the live video and showed

her followers what transpired during the melee.