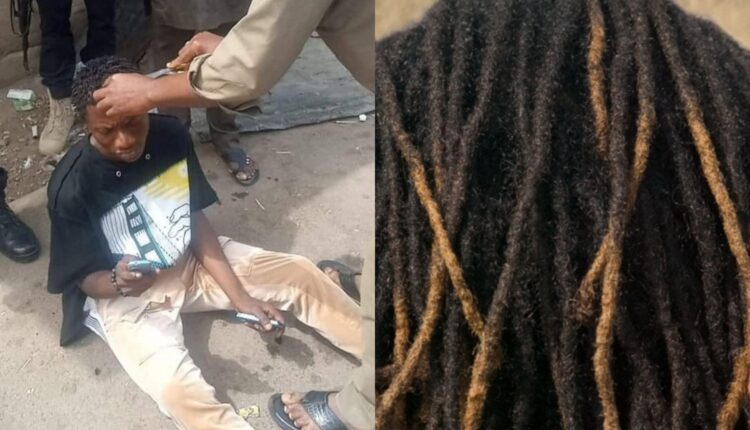 The local government of Kogi State of Nigeria has started cutting the dreadlocks of youths with the claim that it serves as a nuisance to society.

The Okene local gov’t administrator has been captured in a video cutting down the dreadlocks of a youth who was forced to succumb to the move.

Reports suggest that the youth was asked to sit for the government officials to cut his hair as he went for a pair of scissors to get rid of the dreadlocked hair.

According to sources, this act of cutting down the hair of youths is an initiative by the local government to clear such hairstyles among the youth in the area.