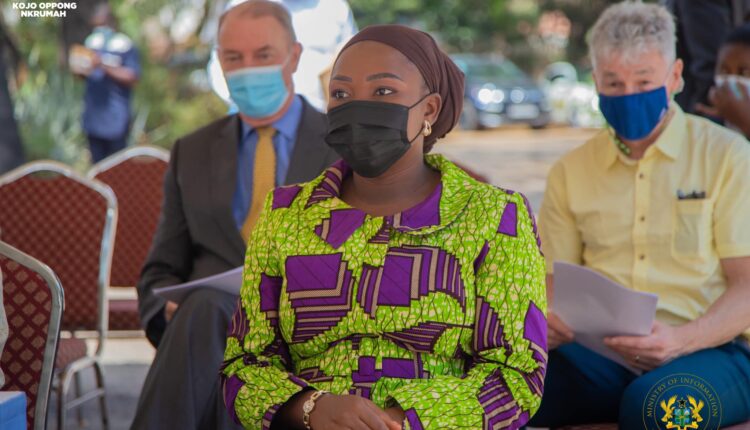 The government has cautioned the public, especially the youth, to be wary of the activities of QNET, a company that claims to offer jobs in some African countries.

A Deputy Minister of Information, Ms Fatimatu Abubakar, told a news conference in Accra yesterday that victims of QNET ended up as hostages in Cote d’Ivoire, Togo, Mali and other countries under deplorable conditions.

“Victims are lured into lucrative non-existing jobs but end up entrapped in the operations of a network marketing company, QNET.

“Upon arrival in these countries, the victims are stripped off their valuables, held hostage under squalid conditions and forced to commit to QNET services by signing a contract under duress. The only way for victims to gain their freedom is to be compelled to lure others into the business,” she said.

Ms Abubakar revealed that the government had to rescue three Ghanaian youth from a QNET facility in Mali after a report was lodged with the Ghanaian Mission in Bamako.

“Checks have revealed that some Ghanaians are caught up in several QNET facilities across Mali. Consequently, the Ghanaian Mission in Bamako is liaising with the law enforcement agencies in Mali to rescue Ghanaians forcibly engaged in QNET activities in Mali,” she said.

She said nationals of some other African countries had also been caught up in the said scam by travelling to Ghana for non-existing jobs.

“There have been reports of similar syndicates operating in Ghana, particularly at Pokuase and Amasaman, who convince Nigerians, Beninois, Burkinabes and Camerounians to come to Ghana under the pretext of securing jobs for them,” she added.

This is not the first time the government has taken steps in relation to QNET.

In July this year, the Attorney-General (A-G) and Minister of Justice, Godfred Yeboah Dame, filed a petition at the Accra High Court seeking the dissolution of QNET on the basis of allegedly engaging in various illegalities.

“Investigations by the National Security Council Secretariat disclosed that the respondent, (QNET), operates in a manner akin to a Ponzi scheme by luring clients to make deposits and investments with them which they eventually lose,” the petition said.

It is the case of the A-G that QNET mainly operates in the Ashanti, Western, Eastern and Ahafo Regions, and engages in various “fraudulent schemes” such as inviting the public to buy products for outrageous and non-existent profits.

“Petitioner avers that to become a member of the false schemes put in place by the respondent, respondent requires prospective subscribers to purchase various online items for various sums ranging between GH¢5,000 and GH¢15,000,” the petition said.

The principal legal advisor to the government further avers that investigations indicated thatQNET also took money from people with the false representation that it could help them find jobs.

“The respondent lures unsuspecting members of the public to pay the sum of about GH¢5,000 for the purpose of placing them in various jobs which turned out to be a hoax,” the petition added.

After taking the money, the A-G said, the company would then orchestrate the arrest of its victims who try to make noise about its “fraudulent activities”.

The petition was filed under the Corporate Insolvency and Restructuring Act, 2020 (Act 1015).