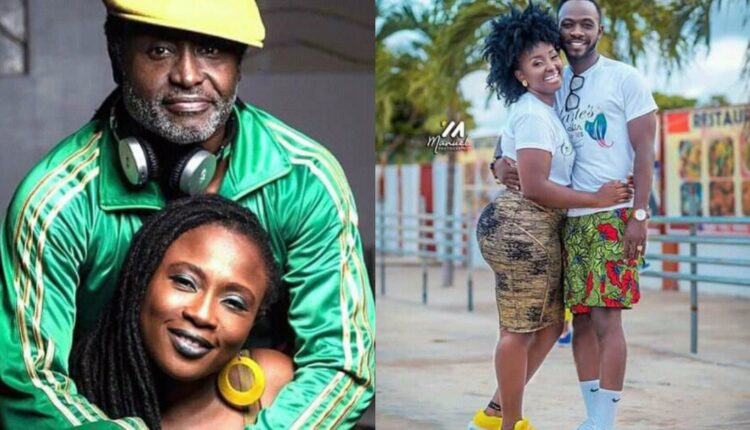 People Do Not Give Me Work Because Of My Face

There are very talented male celebrities in the entertainment industries that we have in Ghana. We have seen the likes of Stonebwoy, Sarkodie, who are in the music industry and are trying to make Ghanaians proud by making sure their music is heard by people in other country and not only in Ghana.

In the movie industry, there are these actors who have gained recognition in some countries like Nigeria through winning of awards and this shows how good these male actors are. As male celebrities, not everyone has been able to marry yet and this may be due to personal reasons. Those who are married despite their busy schedules find time to raise their family aside their busy schedules as celebrities and this article is about 10 Ghanaian Celebrities and their adorable wives.

Kampala blasts: Suicide bombers target Ugandan capital
Some of the spouses of these male celebrities have become popular in Ghana and this makes them celebrities as well.

10 Ghanaian Celebrities and their Adorable Wives;

Sarkodie is one of the best and most handsome rappers in Ghana. He is based in Tema in Accra and has won many awards in his career as a rapper. His real name is Michael Owusu Addo, and he is married to a pretty woman called Tracy Owusu Addo but popularly known as Tracy Sarkcess. This two couple are married with two kids.

John Dumelo is an actor in the Ghallywood movie industry in Ghana but aside acting, he is into farming and politics. He is one of the well respected celebrities in Ghana, and he is married to a pretty wife called Gifty Mawunya Nkornu. This married couple makes love and marriage look so beautiful and they have a son called John Dumelo Junior.

Stonebwoy is a Reggae/dancehall artiste in Ghana. He is based in Ashaiman, and he is one of the artistes raising the flag of Ghana high through music. Stonebwoy has featured Artistes both locally and internationally. Some of these local artistes are Kwesi Arthur, sarkodie, kahpun and many more.

When it comes to international artistes, Stonebwoy has featured Keri Hilson, Bennie Man, Jahmiel, Sean Paul and among other artistes from Jamaica. He is married to a beautiful woman called Doctor Louisa, and she is a dentist by profession.

Okyeame Kwame is married to a beautiful and a gorgeous woman called Annica Nsiah-Apau. The two couple are married with two kids. Okyeame Kwame is a highlife musician and a rapper in Ghana and he is mostly referred to as the “Rap Doctor.” Aside music he is an entrepreneur and a Creative director.

Medikal is a Ghanaian rapper who is based in sowutuom, in Accra. He is married to a popular Ghanaian actress called Fella Makafui. His real name is Samuel Adu Frimpong, and he is signed unto Arab Money Gang (AMG Record Label) owned by Criss Waddle.

Eugene Kwadwo Boadu Baah is his real name, but he is known in showbiz as Choirmaster or “Praye Honeho.”He is married to a popular Ghanaian actress called Beverlyn Afaglo. He is a member of “Praye”, a music group in Ghana and he is into hip life/Afropop music genre and has released music as a solo artiste as well.

Kalybos is a very popular comic actor in Ghana, and he is known for the roles he played in “Boys kasa”, a comic series in Ghana. His real name is Richard Kweku Asante, and he is a graduate from National Film and Television Institute. He is married to a beautiful woman called Patricia.

Adjetey Anang is a Ghanaian actor, and he is known for the role he played in a movie titled ” Things we do for love.”He has starred in many Ghallywood movies like “Keteke” and he is a star in “Yolo”, a movie series in Ghana. He is married to a beautiful woman called Elorm, and this couple makes love look so beautiful.

Born Stephen Fiawoo. He is known in the showbiz industry “Praye Tiatia” or Cartel Big J, a member of Prayer, a music group in Ghana. He is married to a Ghanaian actress and a media personality called Selly Galley.

Why this lady rejected her boyfriend’s proposal will shock you