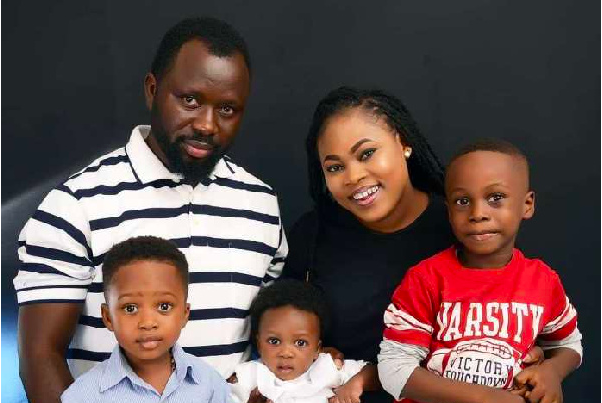 The Joyce Blessing, DNA saga has taken a new dimension after details of how Dave Joy, the husband of Joyce Blessing secretly conducted the DNA without her consent.

Peace FM’s Kwesi Aboagye who has keenly been following this case revealed how Dave got to know that one of the kids is not his biological son during a radio discussion with Lawyer Tweneboah Kodua.

Kwasi Aboagye asked the lawyer if the consent of both parents is needed before the DNA test can be carried out. He stated that he has been informed Joyce Blessing was unaware of Dave Joy’s action.

“Our investigations show that the children were in the custody of the lady Joyce Blessing. The man [Dave Joy] went for them saying they were going shopping. That was when the sample of the children was taken for the test. So, per what we know, the lady never knew about the test. More or less, her consent was never sought”, Kwasi Aboagye said as he laid the premise for the interview.

Lawyer Tweneboah Kodua however decided to not address “that specific matter especially when it is in court”. Instead, he did a general education, stressing that, all parties should be aware of the test “because, at the end of the day, every test has implications”.

Besides that, he noted that it was imperative for all parties to be in the known because “if for nothing at all, it will take away doubts”.

E-levy Is Not Compulsory, If You Don’t Want To Pay Don’t Do Momo