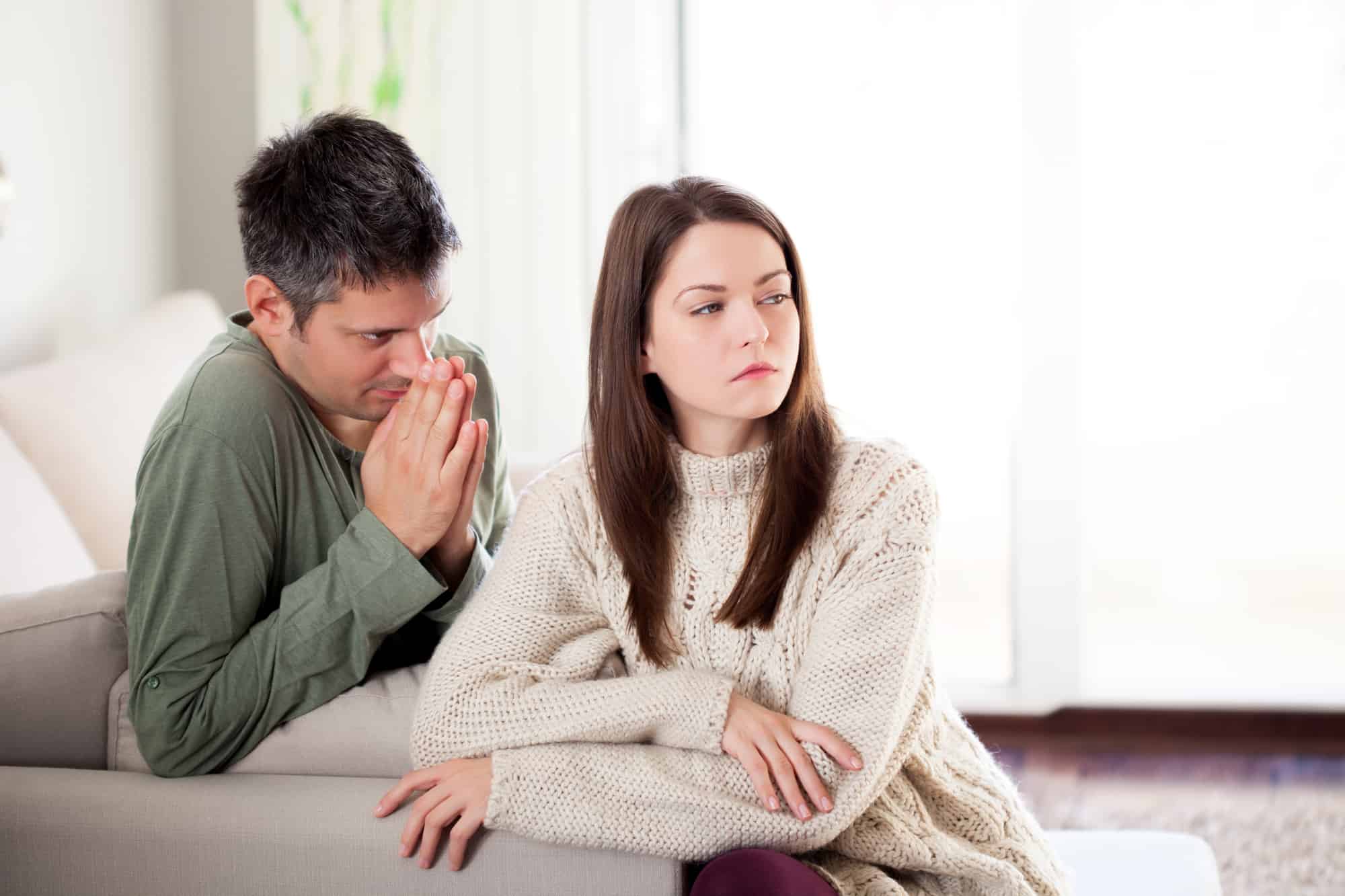 HOW TO MAKE YOUR WIFE HAPPY WHEN SHE IS ANGRY .
People say”Behind every angry woman stands a man who doesn’t know where he went wrong”. Women are quite complicated therefore your wife can get angry with you for certain reasons most of the time as wives can get moody and short-tempered sometimes.

For women: Here’s why sex is painful and how to treat itAnother Nigerian celeb hot after mistakenly posting his naked video on Snapchat
Unresolved issues sometimes cross your wife’s mind and make her frustrated. Your wife getting angry will happen but it’s up to you to calm her down. These 12 ways can be of immense help to you.

1. Apologize for your mistakes

Wives get mad at their husbands for a long time when the husbands don’t apologize for their mistakes. It’s important in every fight for one person to remain calm whilst other remains angry so the issue can be solved as two egos cannot reach a consensus. If you happen to be the one at fault , just set your ego aside and apologize sincerely to your wife as a sincere apology has it’s virtue .

It is important for you to try and calm your wife down when she’s angry with you. When you don’t try to calm her down it will make her more angry as women like to be pampered. Don’t try to say hurtful things or try to shift blames on her but rather hold her and say soothing words to her.

Even when she says hurtful things to you ,don’t retaliate just calm down and allow her vent without taking offense. In times when she’s angry is when you have to show her that you love her and care about her as care and tender words will eventually calm her down.

When your wife is mad at you she tends to nag a lot and a nagging wife will complain a lot even about the least things but deep down there’s something wrong somewhere. Hear her side and listen to complaints and issues she has to make. Probably you can home late, don’t help her with chores, or lie to her a lot.

Allow her to pour her heart out and try to see things from her point of view and you might realize where you went wrong.

4. Set Aside Your Ego

Most times when couples fight the situation gets out of hand because the parties involved are not willing to set aside their egos. Both people feel they’re right and hence jeopardize their relationship

You shouldn’t allow your ego to come between both of you when your wife is angry and you want to make her happy. Put your ego aside and calmly handle the situation only then can you make her happy.

When your wife sees you’re making efforts to win her and call her down, she will not remain angry for a long time. As a husband, you know the things she likes that will melt her heart so you have to use that knowledge to get her what she likes like flowers, chocolates, ice cream, etc.

You can also be thoughtful enough to surprise her by cooking her the meal she likes a lot as a way of saying sorry and in no time she will come around.

If your wife’s anger is coming out of bloom it might not be your fault. There might be something else on her mind thats bordering her and is not ready to let you in on it yet. As a husband , you shouldn’t let her situation frustrate you and let her be as you may be her only confidant.

You shouldn’t lash out at her or get angry at her when she avoids intimacy or drifts off but rather show concern and care for her so she opens up to you what is bordering her.

When your wife is angry , don’t also react by getting mad at her as it will make things worse than they already are . Rather ,set your ego aside and be proactive , reflecting on yourself to find out your mistakes and with humility acknowledge and admit your mistakes .

When you realize your wife is angry and doesn’t want to talk to you no matter what you do ,give her space and some time to herself to cool down until she wants to talk to you . Most wives like to given some space and time alone when they get mad so respect her decision of giving her some space and in no time she will come around .

Maybe flirting with your wife didn’t cross your mind but surprisingly flirting helps calm down the nerves of your wife when she’s mad at you. Teasing her with humor and apology performs some magic in calming her down. Even in times, she doesn’t want to talk to you, instead of ignoring her, just use humor to diffuse the tension. Touching her and rubbing their neck or just a hug can calm down her anger.

When you make a mistake, don’t just apologize but rather make efforts towards not repeating it. It is no more a mistake if you repeat it as your wife will see it as a deliberate attempt to get her angry.

Saying sorry is not enough until you make efforts to improve yourself and change from your bad ways. When you ask your wife to forgive you , show her also that you’ve changed and working on yourself to improve for her sake and she will definitely be happy with you.

When your wife is angry because you broke her heart, let her heal and make it up to her by wooing her to make her happy again. You can get her flowers, gifts, a romantic dinner, a love letter amongst others. Just do everything within your means to win her over again.

Cheerfulness and forgiveness are contagious. If you remain cheerful your wife can be infected with your cheerfulness and eventually come around. But if you also remain sad, irritated, and angry, but won’t get you anywhere but rather increase the tension between you both. Be happy and content in everything and be forgiving as your wife will also forgive you when you offend her.

Anger and unhappiness stem from unmet expectations. Sometimes, unresolved issues can also get your wife angry so always try to settle every argument well. Your wife cannot stay angry with you forever so a husband knows how to calm your wife down and make her happy when she gets angry with you.

HOW TO MAKE YOUR WIFE HAPPY WHEN SHE IS ANGRY .
0 3
Share FacebookTwitterGoogle+ReddItWhatsAppPinterestEmail