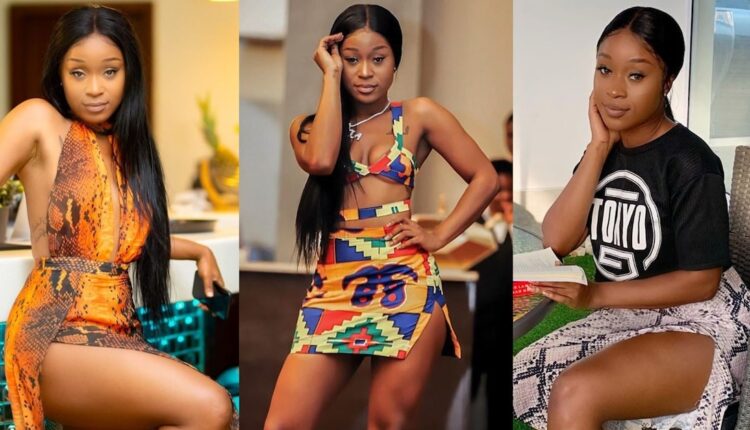 I don’t depend on a man to survive, I’m self-made

The actress, who’s known for wearing seductive outfits has said that she has never depend on a man for survival which shows that all the trips, lavish lifestyle, and other stuff are all from her pocket.

This statement seeks to deny several rumors flying on the internet that she’s been opening her legs for me to pay her bills.

Well, this latest post on of hers on popular micro blogging site, Twitter rubbish all the claims as she said she’s self-made hence does not depend on any man.

In her words, “Self made never depend on a ni**a for sh*t not even for some d*ck I’ll rather play with my cl*t #EtotheO”

She however noted under the comment section of the post after a fan questioned what might have triggered her and she claims it’s a song lyrics she’s been writing.

Teacher Kwadwo Confirms that he has been sacked