We sat in the same taxi going to the same place. We waited till forever and no one was joining the taxi. Just the two of us, waiting for others to join so the taxi would get full and move. He looked at his wristwatch intermittently. Obviously, he was in a hurry. He said something that sounded like, “Everything moves slowly only when you are in hurry.” I was looking on my phone, scrolling through my Facebook feed. Fifteen minutes later, we were still at the station. He called out the driver; “Please move the car, I will pay for the two extra seats.

The driver sat in the car, turned on the ignition but the taxi refused to start. He did it again and again but nothing happened. He laughed and I laughed. He said, “This can’t be normal. Something is working to ensure that I make late for this wedding.” I told him, “Or something is working to take you out of trouble. It works both ways.” He asked, “You believe in such things?” </p

I said, “My mother sat in a bus going to Kumasi. It was when the car was about to move that she realized she had left her phone in the house. Of course, she couldn’t travel without her phone, so she got down, came home to take her phone, and joined the next bus to Kumasi. When they got to Nkawkaw, they saw a lot of people gathered on an accident scene. They got to the scene and she realized it was the car she was in previously that was involved in the accident. So you see..?”

Some guys at the station came to give the taxi a push before it started.

We had a lengthy chat while on the way. I got to know where he lived and where he worked. He told me he was the best man for a friend’s wedding and he had to get home, dress up and get there early. I wished him well but before we departed, he asked, “Can I have your number, if you don’t mind?” I said, “Not at all.” So we exchanged numbers and departed.

One day he called me. He said he was checking up on me. I said I was grateful. Another time he called. He said he hadn’t heard from me for a while so he decided to check up. I said, “I’d been around, going about my business.” Then he called another day telling me to also call him sometimes. I apologize and promised him a call. A week or so later he Whatsapp me, “The call never came.” I lied, “You came to mind this morning and I’d wanted to call but something came up to take my mind away.” He said, “Then I’m here, waiting for that call.”

I called him. He was happy. I asked, “You sound very happy.” He answered, “Why won’t I? Finally, you’ve called me.” I laughed and he laughed. I said, “I didn’t know it takes something little like a call to make you happy. Now that I know, I will call often.”

We had our first date at a corner bar near our neighborhood. It was a very short date but everything was memorable. His sense of humor was on top of the roof. I laughed so loud everyone turned their eyes to watch our table. An hour or so later, he said, “I have to go.” I said, “So soon?” He said, “Yeah there’s some work I have to accomplish before morning. We have to do this again very soon.” I said, “I’m always there for you.”

The next morning I woke up to his message; “Babe, thanks for last night. You made my night very awesome and I appreciate that.” I read the message a thousand times, analyzing each word in the message. I thought, “Did he call me babe? As in I’m his babe? Babe like babe?” I don’t know but something about the babe triggered a feeling of joy within me. Maybe it was about where he placed the comma. “Babe…” Comma. It means he took a breath in after the babe. He took his time with this one. It should mean something.

I caught myself mid-thought and said, “Don’t be silly. It’s only a message. But seriously, do you like him?” I answered myself, “Sure I like him. He’s a gentleman. He knows how to pay attention. I didn’t see him touch his phone once the whole of last night when we were together. He could make me laugh too. Sure I should like him.

And then we met again over the weekend, at the same corner bar where we first met. It was all about me. He asked interesting questions about myself and where I see myself in the next two years. He’s the only one who had asked me such a question in a way that was fun to answer. Then he asked, “You have a jealous boyfriend?” I answered, “Boyfriend? I don’t have one, let alone having one with a jealousy spec.” “Fine babe like you? Single? I mean how?” he asked.  I said, “Maybe, you’re the only one who sees the beauty in me. The rest are just blind.”

For the first time, he walked me home. To my door. He said, “Now I know where to fetch you when you disappear again.” I said, “Can someone disappear from your watch?” While we both laughed, he said good night and left.”

All night I thought about him. I felt he asked about my relationship status because he wanted to make a move. I thought, “Boy, I’ve cleared all doubt for you. Time to make a move.”

The rest of our days became chats where he continued to call me Babe—babe with a comma. I found ease in calling him Dear. For a whole two months, we kept a very hearty relationship going on. In my mind he liked me and in my heart, I liked him too. One evening, he sent me a message, “How about an outing tomorrow evening? Not the corner bar this time but to another place nice.” I said, “What time?”

I don’t know but something in me told me he was going to propose that night so I took my time and dressed up for the proposal. He sat right in front of me while I breathed uneasily. Anytime he opened his mouth to talk, I felt he was going to propose. And then he said, “You’re a very fine woman. Any man who gets you would be very proud to have a woman like you.” I said in my head, “You’re any man so just go ahead and say it.” He continued, “My girlfriend is coming to town tomorrow. I wish you could meet her.” I asked, “Your girlfriend?” He responded, “Yeah, she lives and works in Tamale. She comes around once in a while.”

My heart dropped in my palm. How? Why? Why didn’t he say it right from the beginning?

READ ALSO: Yesterday, I Said “I Love You” To My Wife But Our Problems Got Worse

I got up and he followed. He wanted to take me home, “I said, “It’s ok, I can handle it from here.” I got home and didn’t see where the tears came from. I folded myself up in my nightdress and slept while my heart kept breaking in my chest. “What took him so long to say that he has a girlfriend?” Then I asked myself, “Why didn’t you also ask him right from the beginning?” Then I answered myself, “If he proposed then I would have asked him. I couldn’t just ask him like that?”

I saw his number calling. I didn’t pick. He sent me a message. I read it but didn’t respond. All night he kept asking if something was wrong. I said no word. One day I heard a knock on my door. I opened and it was him. He asked, “Why are you not picking my calls?” I said, “My boyfriend isn’t happy about our relationship. He warned me to stay away. I have to listen.” He said, “But you said you didn’t have a boyfriend?” I responded, “I lied.

To date, it still hurts anytime I remember. All the babe with a comma was for nothing. But I’m also happy that he told me the truth. It would have been devastating if I accepted his proposal and later discover he has a girlfriend. Like the day we met at the station, the delay might have saved him from something. Maybe me knowing him and spending time with him also saved me from something. It works both ways.

NOTE: NO PART OF THIS CONTENT CAN BE REPUBLISHED OR REPRODUCED IN ANY FORM WITHOUT THE EXPLICIT CONSENT OF EDITORS OF THIS BLOG. 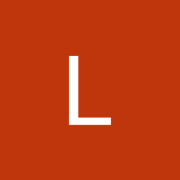 Ladies, here are 5 ways to pamper your man

In My Next Life, I Will Never Date a Woman Who Has an Ex Boyfriend

Gyakie Linkup with Mayorkun in Nigeria

Stonebwoy’s daring message to Samini For ‘exposing’ him

Ladies, here are 5 ways to pamper your man

In My Next Life, I Will Never Date a Woman Who Has an Ex Boyfriend

Gyakie Linkup with Mayorkun in Nigeria

Stonebwoy’s daring message to Samini For ‘exposing’ him

Why won’t my ex just stop texting me?