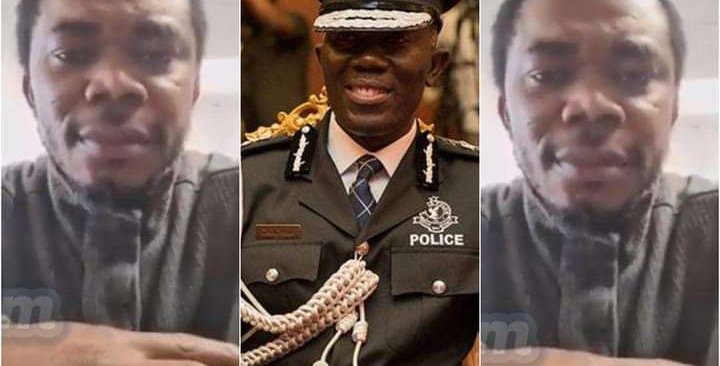 IGP Dampare Will Be P0isoned In A Dinner This December 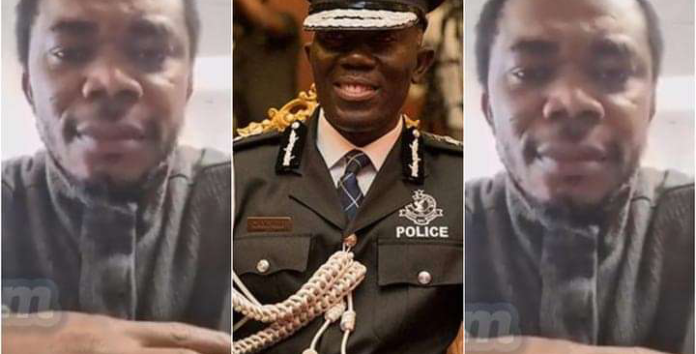 IGP Dampare Will Be P0isoned In A Dinner This December
The Ghana Police Service headed by the indefatigable George Akuffo Dampare has issued a stern warning to doom prophets who go about instilling fear into people with their unsolicited and unfounded prophecies.

That notwithstanding, a man of God residing in the United Kingdom has popped up to heap a death prophecy on the head of the new Inspector General of Police (IGP) which he claims will manifest in December 2021.

The man who identified himself as Reverend Evans in the video obtained by www.tapnewsgh.com, is heard saying that the good works of Dampare will be his own bane.

He cautioned him to be very careful of this yuletide as people plan to eliminate it through food poisoning.

He claims to have seen the IGP having a meal in the spiritual realms at a Christmas dinner and where he was poisoned. He said Dampare later transitioned to the spirit world where he met the late Sir John, the former General Secretary of the New Patriotic Party(NPP).

According to the man of God, Sir John was also poisoned which he (Sir John) revealed to him when they met in the land of the dead.

“The law is against false publication thereby if you make your prophecy publicly without any evidence then you’ve breached the law and the law will deal with you. “There is the need for everyone to learn something from what has transpired and know that it is against the law so when you go and breach the law then note that you’ll face the consequences alone.

“Woe betides any pastor or prophet who embarks on the same target as what the other prophet did. If you’ve seen that it is wrong when you openly prophesy about someone to cause fear and panic then it’s your problem.

You can go ahead and prophesy if you want to but the law is there to deal with you,” Alexander Kweku Obeng, Director of Public Affairs at the Ghana Police Service said in an interview on Accra-based radio station Monday, October 25, 2021.October 25, 2021The Ghana Police Service earlier this week issued a strong warning to prophets who pronounce doom prophecies on celebs publicly to desist such practice.

According to the police, such acts are against the laws of Ghana, and prophets who engage in such activities will be made to face the full rigors of the law.

Passing of anti-gay bill will be made public – Speaker