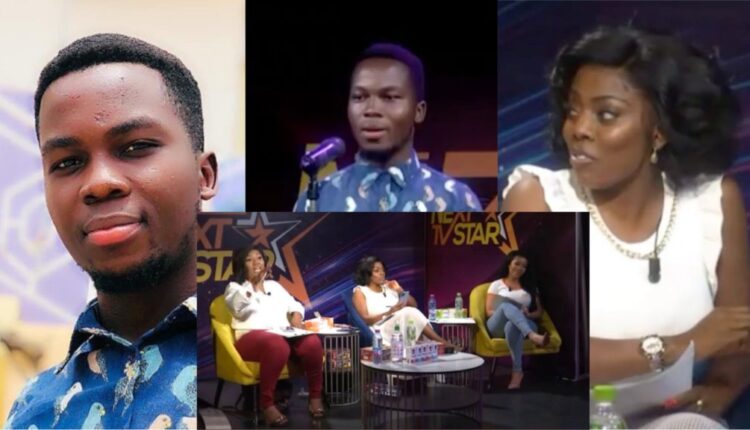 An outspoken Ghanaian blogger found himself in hot water yesterday after being attacked by Nana Aba Anamoah, Serwaa Amihere, and Bridget Otoo, who all expressed their disagreement with him on social media.

He went to the GhOne TV studios to audition for the Next TV Starr competition, but sadly for him, things did not go as well as planned. His past tweets regarding Nana Aba Anamoah’It’s unprofessional to settle personal scores with the blogger on a sponsored program’, Serwaa Amihere, and Lydia Forson were brought out and read to him, and he was unable to defend himself against the accusations.

As it happens, he has finally stepped out to explain his side of the tale through a series of posts on his Facebook page.

As a result of his being identified as a blogger, he claims that he was trashed, manhandled, and otherwise treated as an ordinary criminal.

Freddy Mawuli writes via his facebook page; “ I don’t support the guy but hey it was totally wrong for Nana Aba and co to use a sponsored program to showcase talents to bully and settle personal scores with the dude. In my opinion what they did to him was very unprofessional.”

Journalist Albert and the three media personalities: Albert’s side of the story