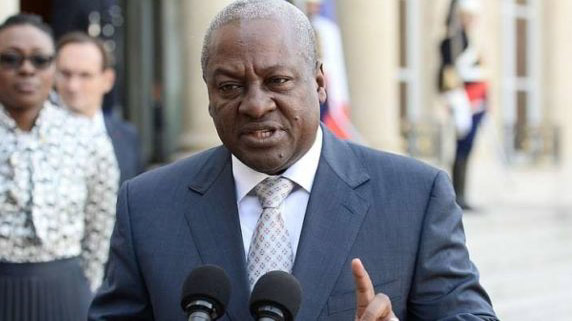 John Dramani Mahama is the current frontliner of the National Democratic Congress (NDC).

He was the first Vice President who eventually became President of the Republic of Ghana without being voted into office.

He took over after the sudden demise of the then President John Evans Atta Mills.

After ending the late President’s tenure of leadership, he was voted into power in 2015 as the legitimate President of Ghana after beating his leading opponent Nana Addo Dankwah Akufo-Addo.

He was defeated four years later in the 2016 presidential election. Before leaving, there are a number of achievements he made as a ruler of the nation.

A few weeks ago, the Western Regional Communications Bureau of the NDC disclosed some top achievements of John Mahama in the region.

The achievements outlined cuts across almost all developmental sectors which includes the education, infrastructure, health, sanitation, security and social interventions.

Below is a tall list of some developmental projects perpetuated by the 2020 NDC flagbearer.

1. Expansion of infrastructure at Fijiai SHS and St. Johns SHS.

2. Upgrading of the Bogoso Health Center to Polyclinic under Euroject Project.

3. Extension of Ghana Gas to Prestea to power mining companies in that enclave.