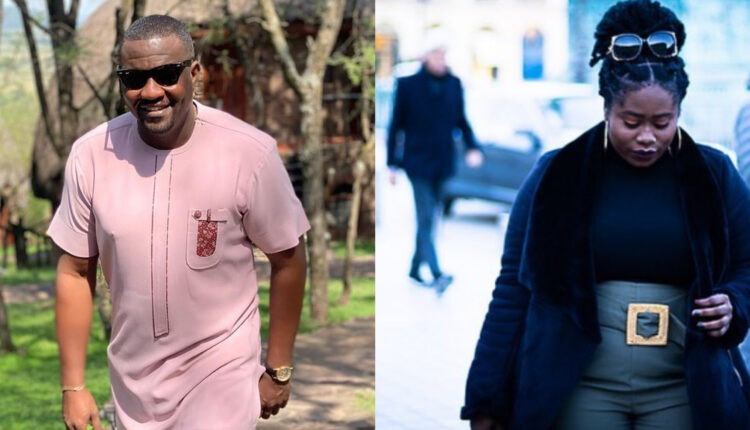 Lydia Forson, for some reason, decided to ask John Dumelo to send her momo, and John, in response, decided to sing for her because the song contains momo, and everyone burst out laughing.

Lydia Forson’s fan or follower decided to ask her to send him/her momo because she was also asking John Dumelo, and she ended up insulting the person by adding a laughing emoji to show that it was nothing serious.

I’ve met Satan, he’s the most handsome person on earth- Ghanaian prophet drops jaw
Lydia Forson, according to John Dumelo’s response, will not receive the momo she requested, even if he decides to do so. 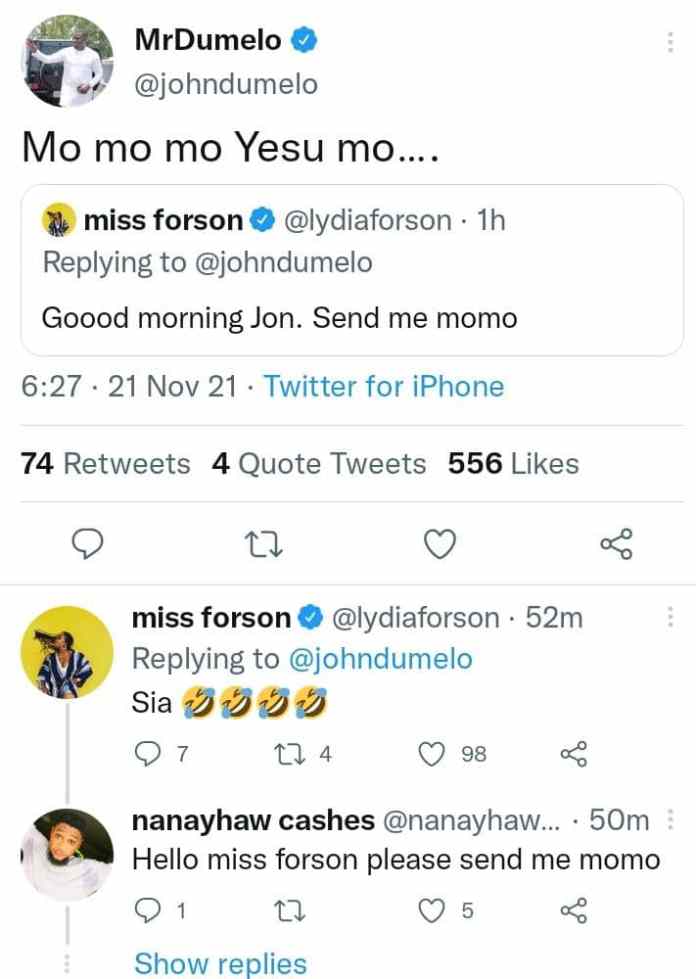 Housewife Fakes Her Kidnap To Collect Money From Stingy Husband