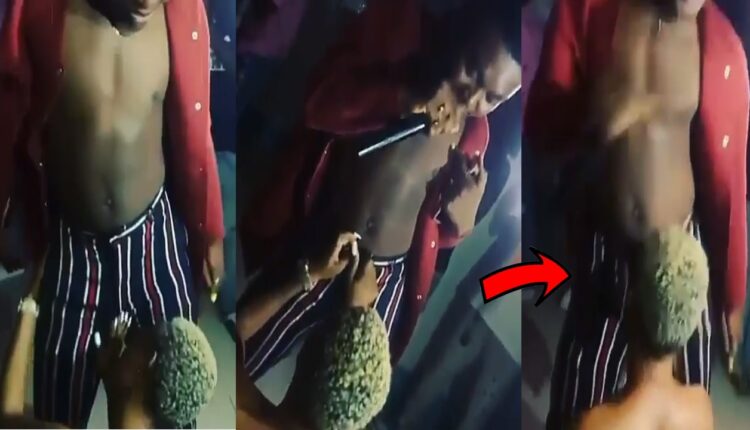 Weeks after we put the spotlight on an unnamed Ghanaian [email protected] queen who was spotted literally s.uck!ng the man.h00d of male patrons in a club, another video tailored along the same tangent has emerged.
As sighted by on online shows the lady whose Instagram personality reads Lil Mermaid was seen going down on a man and trying to offer him a good service with her mouth in front of other clubbers.

However, the guy who thought the whole thing was a joke initially chickened out and ‘fled’ after knowing the true intent of the lady.

Why MoMo agents are unhappy about 1.75% tax [Listen]

MOH recruitment portal for nurses closes today; what next??