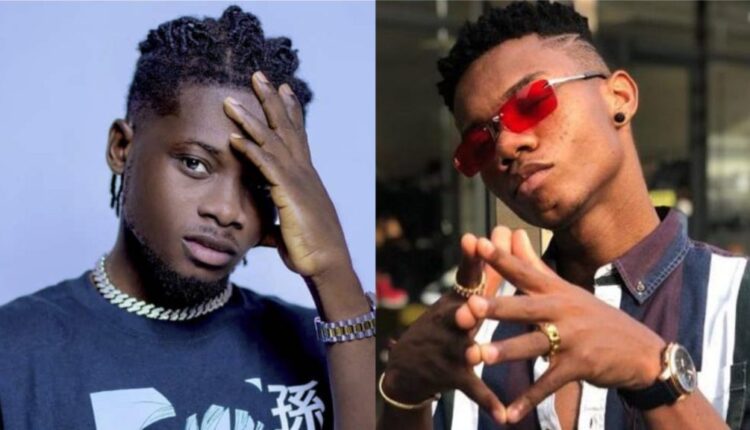 Kuami Eugene warns Kidi to stop answering questions about him

Ghanaian artist Eugene Marfo, better known by his stage name Kuami Eugene, has advised KiDi, a label mate, to cease responding to inquiries about him and his music.

According to Kuami Eugene, anytime KiDi attempts to address questions about him in interviews, Ghanaians misquote him, giving the impression that the two have a strained relationship.

do, and that he is pleased that KiDi has finally realized that he should not speak about him.

He went on to explain that KiDi should have been aware of the fact that whatever you say in Ghana can be twisted, and that it is not too late for him to learn his lesson.

“I don’t talk about KiDi; I’m the one who is talking about it. I don’t discuss about other people’s personal lives. As a result, I’m relieved that he now understands that our folks enjoy misquoting others. “He should have realized a long time ago that your ‘A’ can be twisted to appear like a ‘B,’” he said in an interview with GHPage.

It is not being said in a way that will be taken seriously by the general public. Although he is speaking from the heart, they misrepresent him and make him appear to be a nasty guy or a jealous person.”

He then told KiDi to concentrate on himself. In the event that someone has a query about him, he will refer them to Kidi.

KiDi claimed that whenever he mentions Kuami Eugene, his label mate takes offense, resulting in misunderstanding and internal squabbling at Lynx Entertainment, according to him.