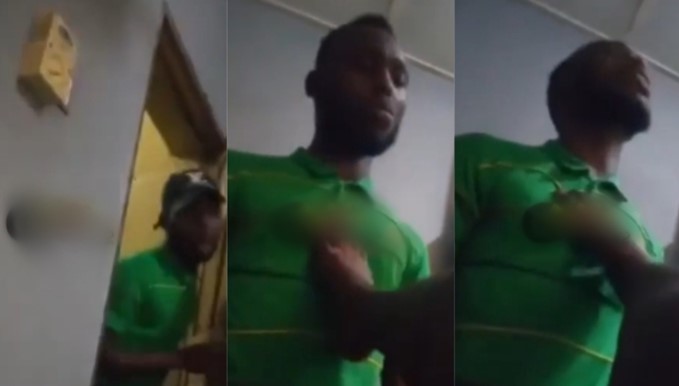 The dispatch rider could be seen knowing to enter the lady’s room while she recorded the moment.

She seemed to have intentionally taken off her clothes knowingly fully well the rider was around, so she asked him to enter. 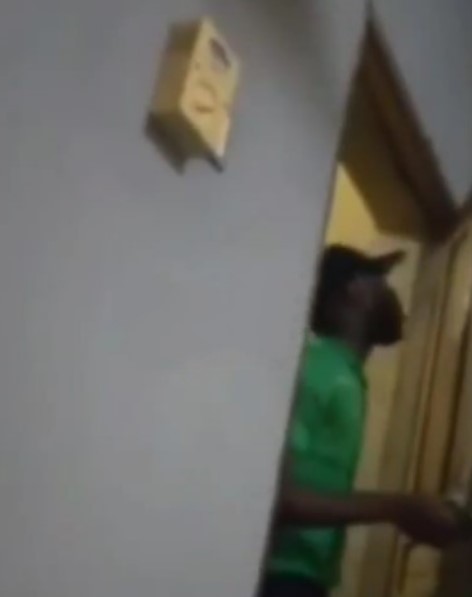 The rider opened the door and immediately pulled back on seeing the woman unclad.

She insisted the young man comes into her room to hand her the parcel as she won’t stand up.

He eventually entered, dropped the item but the woman tried to lure him to bed by collecting his cap and drawing him closer to herself using her foot.

Watch the video: [Note: You may need your VPN turned on to view Twitter video if you are resident in Nigeria]

How will you seduce dispatch rider… Na Wetin una dey do now??? pic.twitter.com/yPFMeQ4EJB

I am sorry, forgive me – Shatta Wale apologises for ‘shooting prank’