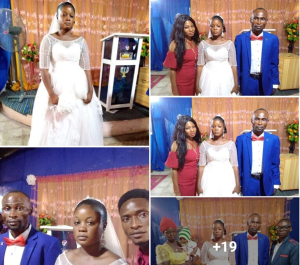 A man whose wife was berated for frowning in their wedding photos has been pushed to give details to what led to the situation of her not being happy.

Photos of the newlywed couple surfaced online after they got married last Saturday, Dec. 18 2021 but the photos were met with negative comments.

These comments were a result of the bride frowning her face on her wedding day as many attributed to the fact that she was forced to marry the husband. 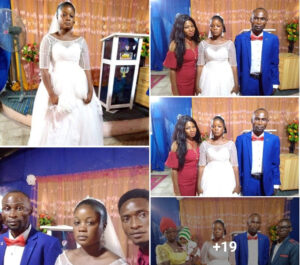 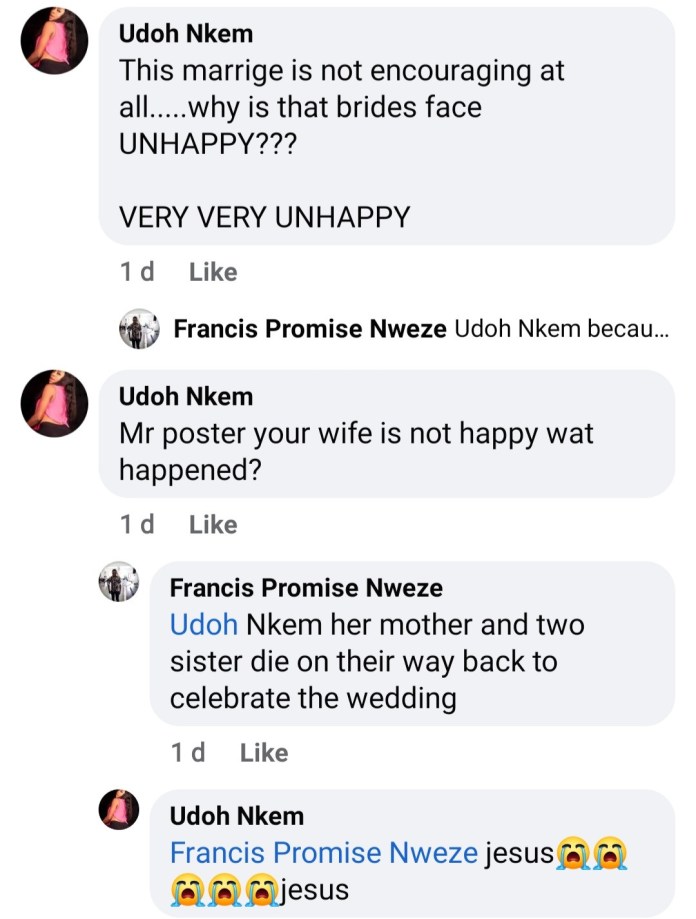 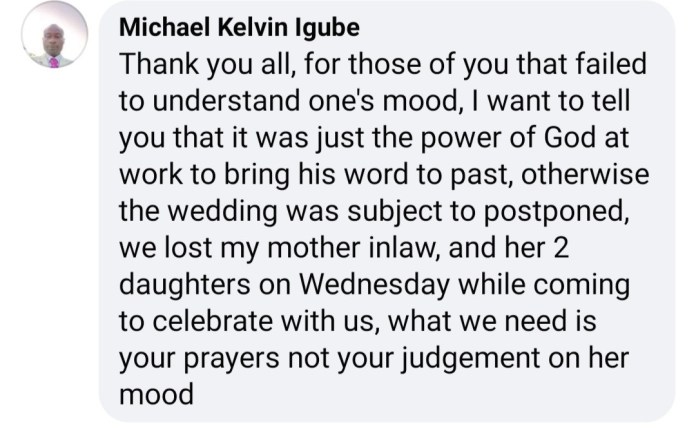 Well, this forced the man to give explanation as he stated that his wife lost his mother and two sisters in an accident when traveling to the wedding.

The news of their death was a big blow to her hence leading to her mood swing, the deceased mother and sisters were buried two days after the wedding.

Man whose wife was frowning in all of their wedding pictures gives the sad incident his wife was slapped withsadWedding
8,679
Share FacebookTwitterGoogle+ReddItWhatsAppPinterestEmail

3 Signs Your Gîrlfrîend/Boyfriend Is Not “Marriage Material”