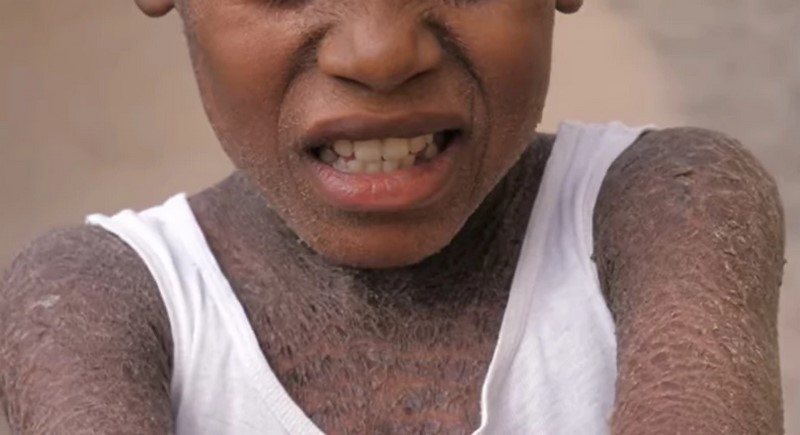 Meet the 11-year old boy with skin like snake 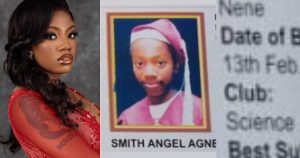 An 11-year-old boy whose ambition is to become a pilot is always uncomfortable among his schoolmates as he is bullied and referred to as crocodile due to his rare skin condition.

According to Wikipedia, it is an extremely rare autosomal recessive hereditary skin disorder associated with a high risk of skin cancer.

It is characterized by abnormal susceptibility to human papillomaviruses (HPVs) of the skin. The resulting uncontrolled HPV infections result in the growth of scaly macules and papules resembling tree bark.

Mugisha’s condition makes sleeping at night difficult and even gets worse when the skin is exposed to sunshine. He keeps scratching the skin due to a combination of itching and pain.

He is bullied at school and schoolmates run away when they see him, saying he is an animal.

The little boy who aspires to become a pilot always isolates himself to cry when he is bullied and made to feel unwelcomed by his schoolmates and other children.

In an interview with Afrimax English, Mugisha’s mother, Scovia disclosed that several schools have rejected her son because the authorities thought his condition might be contagious.

The single mother met a man after her college education and they fell in love, leading to a pregnancy that birthed Mugisha.

The boy was born with the skin disease and his perplexed mother took him to several hospitals for treatment but her efforts were fruitless.

Scovia is currently struggling to fend for herself and the son, let alone keep him in school because she has lost her job and has no source of income.

Mugisha who always sees his mother single-handedly struggle to take care of him and herself has been asking Scovia about the whereabouts of his father. But she said she is confused as to whether to reveal the truth to him about his estranged father or wait till he is of age.

For women: Here’s why sex is painful and how to treat it