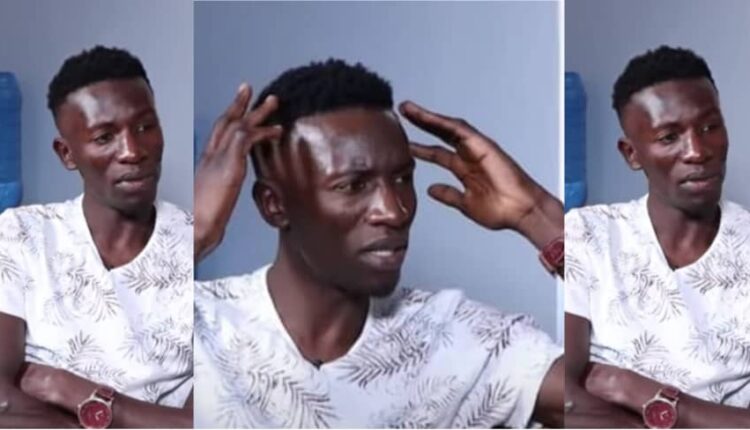 A young man narrated how he used to address his biological mother as ‘sister’ in order to save his mom’s marriage with her new wedded husband. And even so, his own blood sister used to call him ‘uncle.’

According to the young man identified as Steve Sande Opondo, also known as Mtumba Man, a Kenyan, his father, a jail police officer, died in 1998, and their lives became so miserable and unbearable for them

The 27-year-old moved to his late father’s family home with his mother and sister, where they were mistreated by his paternal relations.

“My father was a Nakuru prison police officer who died in 1998.” He was incredibly devoted to me. Life got difficult after we were compelled to relocate to his upcountry home.

“My feet were distorted and I had jiggers virtually everywhere.” The scars are still visible today. “My father’s family used to beat me up a lot,” Opondo told Lynn Ngugi, according to Tuko.co.ke.

His mother, unable to stand the abuse any longer, fled with his sister, leaving only Opondo with his father’s relatives.

He was subjected to further abuse before being reunited with his mother, who had married another man.

While her new husband was aware that she had a daughter, he was unaware that Opndo’s mother also had a son, so he had to keep his identity hidden at all times in order to prevent upsetting her mother’s marriage.

“My grandma told me she lived with someone before I moved to my mother’s residence in Dagoretti, and he should not know she was my mother, but my step-sister,” Opondo revealed.

Fortunately, a clip of him selling items went viral over the internet and got a lot of people’s attention.

His life has been turned around thanks to the video, which has landed him an ambassadorial deal with Devine Collections.

“I praise God for making my videos so popular. “I had no idea they’d be so widely circulated,” Opondo added.

Male nipple: Tips to play with nipple for orgasm