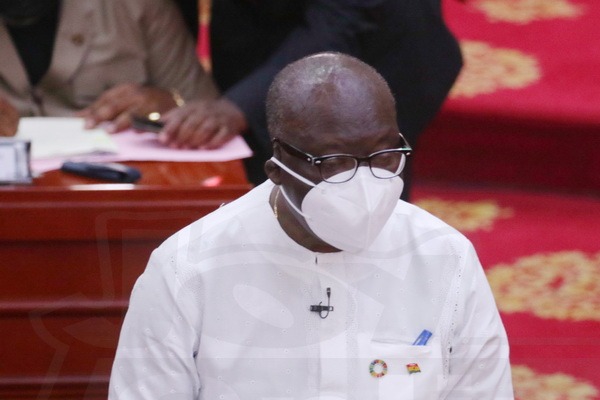 Ofori-Atta to present 2022 Budget on Nov. 17.
The Parliamentary Affairs Minister, Osei Kyei-Mensah-Bonsu has announced that Finance Minister, Ken Ofori-Atta will present the Budget Statement and Economic Policy of government for the 2022 financial year on November 17.

The Majority Leader announced this on Tuesday when Parliament resumed sitting.

The Finance Ministry had earlier set November 15 as the date to present the budget before the House.

But announcing the new date, Osei Kyei-Mensah-Bonsu advised the legislators to commence scrutiny of the various allocations to facilitate the passage of the budget.

“…Ideally a Parliament should spend about eight weeks in interrogating budgets [but] we don’t have the luxury of time.

“We are not going to be able to spend eight weeks interrogating the budget.

We only have about four weeks and that is why I will entreat the committees to act in conjunction with their sector ministers, very proactively to deal with the allocations as early as possible and not just rubber stamp, very intelligent scrutiny of the allocations, so that when it comes to the passage of the appropriations on the 17th of December,” the Majority Leader noted.

The budget among other things is expected to address some specific taxes and levies which have generated public attention and allocate funds for the various ministries and MMDA’s for the year 2022.

Anti-gày Bill: MPs Votes Will Be Made Public