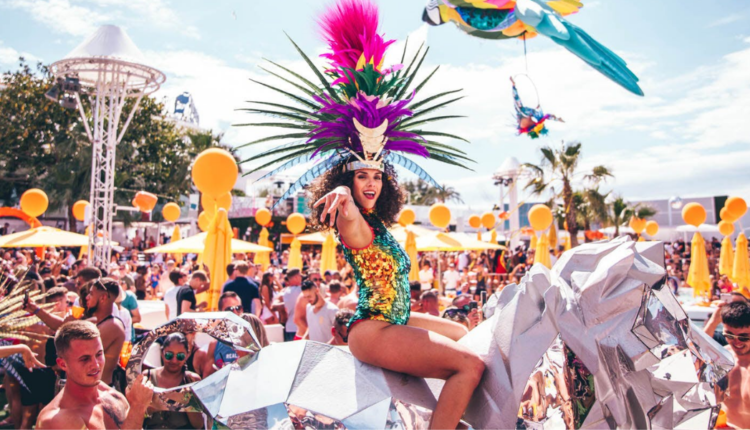 Party Islands That Provide The Fun You Need

Party Islands abound in the world, but whiles others are so popular, others aren’t and there are so many of them that aren’t even developed to standards that make people crave visiting them. Every tourist wants to have fun when they visit a tourist site, so what are the best party Islands that tourists can have a good time at?

In this article, we are going to look at the best party islands in the world which are very popular and attract several tourists because of the fun available in those places.

What is an island?

An island is a piece of land that is surrounded entirely by water which means that traveling to an island by land is not possible except by boats.

Bahamas, Maldives, Iceland, Barbados, are just a few countries that are considered islands because they are relatively small in size.

There are many islands across the world and though some of them get several visitors, they do not provide the party life that people desire which is why we have decided to put this list of the top 8 party islands where people can have that party feel that they desire.

Read on as we take you through the part islands that you can visit to have some fun.

Best Party Islands In The World

Ibiza is one of the best party islands in the world.

Ibiza is perhaps the most popular under this consideration as its annual visits by people across the world are so huge.

Ibiza is a place several world-class footballers and several prominent people like to have their holidays.

Ibiza, located in Spain, off the coast of the Spanish city of Valencia, is most known for its large clubs.

For instance, Privilege and Space are popular clubs on this island.

Space is a concert hall that opens its doors in the morning when the others are shutting down. Privilege claims to be the largest club in the world.

If you are looking for the best party islands in the world, Ibiza is the place to be.

Ko Phangan island is famous for its Full Moon Party which presents an attractive spectacle to tourists.

Jugglers and fire-eaters add more spice to the night long music mixed with dance that go on in this island. This party is organized once every month. Ko Phangan is one of the famous party islands where you can have some fun.

Mykonos, located in Greece is one of a kind that attracts several tourists to Greece annually. It is one of the best party islands in the Aegean Sea.

Mykonos is known for its sandy beaches and diverse and intense nightlife as evidenced by a vast number of bars and nightclubs.

Mykonos nightlife focuses mainly on beach bars rather than clubs, yet a number of notable clubs can be found throughout the island.

Beaches such as Paradise and Super Paradise have bars that play music a lot.

The massive dance clubs that attract world-renowned DJs and typically stay open well past dawn is a testament that there is no dull moment on Mykonos Island and that is why it makes our list of the best party islands in the world.

Off the coast of Venezuela is Aruba Island, one of the best party islands in the world, renowned for its white-sand beaches.

Diving in Aruba cannot be compared to the ones at any other place, as such, there are more than enough dive shops that divemasters can choose from.

The nightlife offers a change of pace from the island’s daytime activities.

Aruba has several great resorts, 12 casinos with live or recorded music, restaurants of all degrees of formality, and bars.

Hvar in Croatia is also one of the best party islands in the world where fun abounds.

One spectacle on this island is olive groves, fruit orchards, and lavender fields that make up a large part of its agricultural landscape.

Hvar Island is known for its excellent climate; warm summers and mild winters.

Besides the great climate and rich culture, the island of Hvar offers beautiful views overlooking the Adriatic Sea, which makes it a favorite destination of many holidaymakers.

Saint Lucia is one of the most beautiful islands in the world and a country by itself.

With volcanic beaches, reef-diving sites, luxury resorts, and fishing villages along its coast, Saint Lucia is quite a place to be.

Trails in the interior rainforest lead to waterfalls like the 15m-high Toraille, which pours over a cliff into a garden. The capital, Castries, is a popular cruise port.

St. Lucia island has always been known as one of the centers of nightlife in the Caribbean region with dozens of nightclubs and discos on the island taking care of all tastes and age groups.

The best party islands in the world won’t be quite complete without St. Lucia.

Ios is one of the islands in the Aegean Sea. Los is known for its great beaches and wild nightlife. This party island is a favorite of young people.

The main village of Ios is Chora, which is a very scenic area with its small alleys and white-washed houses.

During the day Hora is a peaceful, quiet place while at night it is the main party zone on Ios.

For those not wishing to experience the nightlife, Chora is wonderfully peaceful in the early evening and is awash with clothing and jewelry stores, souvlaki shops, and excellent restaurants.

You reckon this is one of the best party islands around, especially if you are going out there with your kids to have some fun.

Beachcomber Island is one of the best party islands in Fiji.

The island, circled by a beautiful beach, is most popular with young holidaymakers just like Ios in Greece.

Known as the party island of Fiji, Beachcomber has wonderful island parties, a huge range of water sports, scuba diving, and live music and entertainment.

FunislandPartyParty Islands That Provide The Fun You Need
9,003
Share FacebookTwitterGoogle+ReddItWhatsAppPinterestEmail

10 Things You Should Know Before Joining Campus As A Fresher