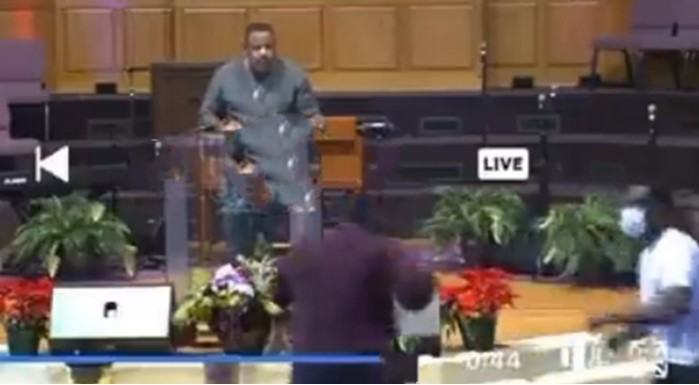 These days things have changed to the extent that people don’t care to fight each other even if they’re in the church. Back in the days, it was very rare to sight such a situation but now it has changed.

A video has surfaced online as two men fight each other while the pastor was giving a sermon in front of the congregation during Sunday service.

In the video, a man could be seen walking towards another man sitting at the front row and as the reverend wanted to speak while standing behind the pulpit the man walking landed some punches on the one sitting

The man sitting in the front row also got triggered by the actions of the man who approached him hence he stood up and position himself then both exchange punches.

As the two were fighting it got so intense that the pastor had to intervene to stop them from hurting each other.

Not them fighting in a church. Marcus had a enough pic.twitter.com/82A6LGcq3g