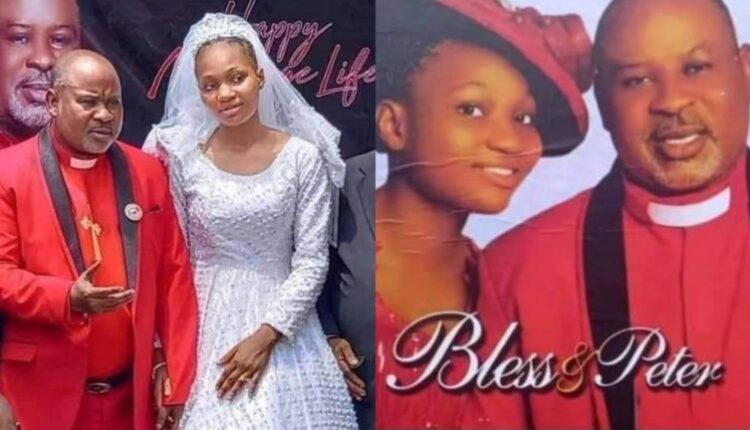 As it stands now polygamy hasn’t been condemned anywhere in the Bible but lately, Christians seem to have stood against it especially in Africa because of the huge impact the western world has on Blacks.

A Nigerian pastor has shocked Christians over his marital move as he ties the knot with a young girl who’s calculated to be the same age as his daughter.

The 63-year-old clergyman identified as Apostle Peter Tom Jeremiah Esu is has settled down with an 18-year-old lady known as Blessing Jeremiah Esu.

The pastor is the founder and leader of Calabar based church, Christened Way of Salvation Church of Jesus Christ and the members of the church didn’t bother as the lady is becoming his second wife 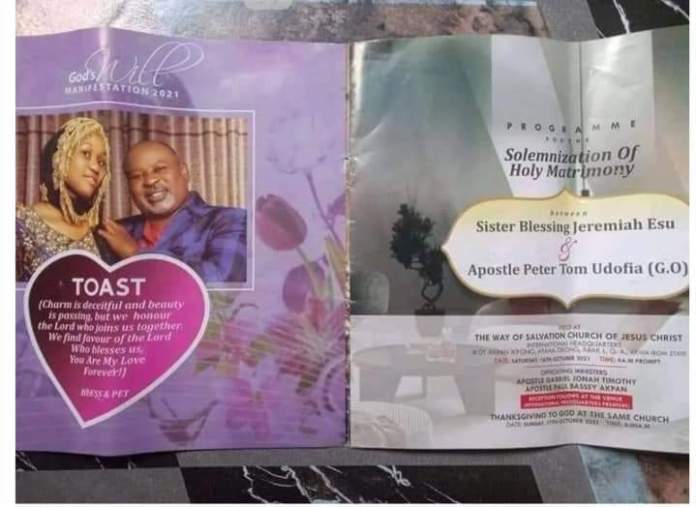 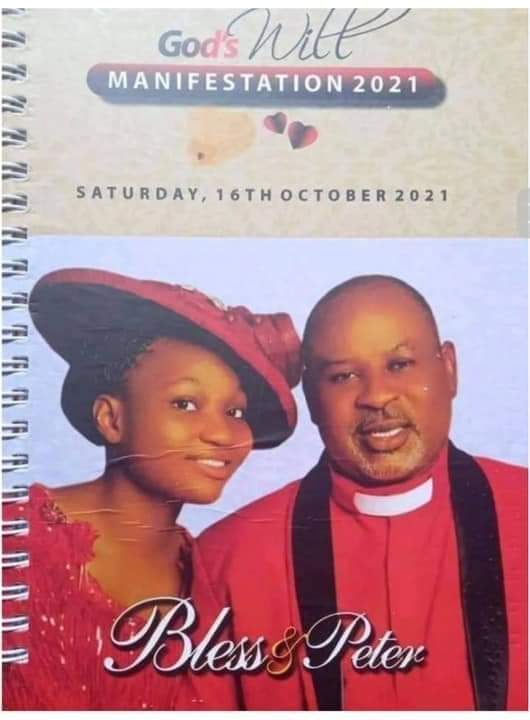