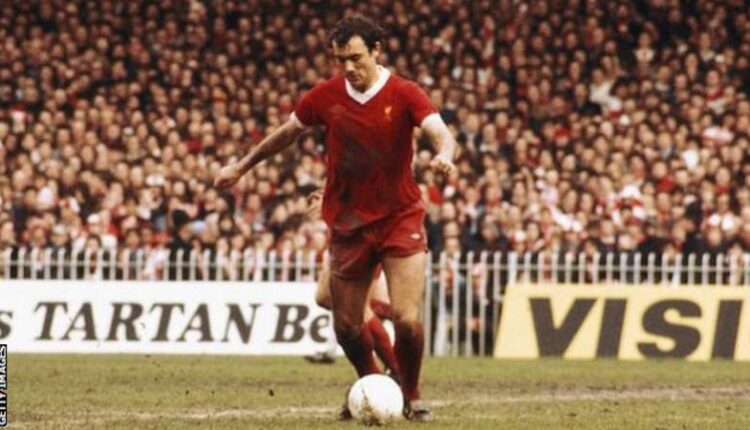 Former Liverpool and Arsenal midfielder Ray Kennedy has died at the age of 70.

Kennedy, who scored three times in 17 appearances for England, was diagnosed with Parkinson’s disease in 1984.

He scored 71 goals in 212 games for Arsenal, winning the First Division and FA Cup Double in 1971, before joining Liverpool in 1974.

During an eight-year spell at Anfield, where he scored 72 goals in 393 appearances, Kennedy won five league titles and three European Cups.

In a club statement, Liverpool said Kennedy – who won a total haul of 11 major trophies with the Reds – was “legendary”.

Arsenal said: “For Arsenal fans fortunate enough to have witnessed Ray Kennedy in action, the image will remain of a teenage striking colossus, dominating opposition defences as his goals led the club to one of the game’s greatest achievements and something his name will always be associated with – the Double.”

Former Liverpool striker John Aldridge said on Twitter: “Ray Kennedy what a player and lovely bloke who suffered so much with Parkinson’s disease for most of his life. He will definitely never walk alone.”

Kennedy had originally started out as a forward and joined Liverpool on the same day Bill Shankly resigned as manager.

Two years after signing for the club, Bob Paisley switched Kennedy to left midfield, a position he would remain in for the rest of his career.

Paisley later wrote in his autobiography that Kennedy was “one of Liverpool’s greatest players and probably the most underrated”.

After leaving Liverpool in 1982, spells at Swansea City and Hartlepool United followed for Kennedy before he spent a brief time as player-manager of Cypriot club Pezoporikos.