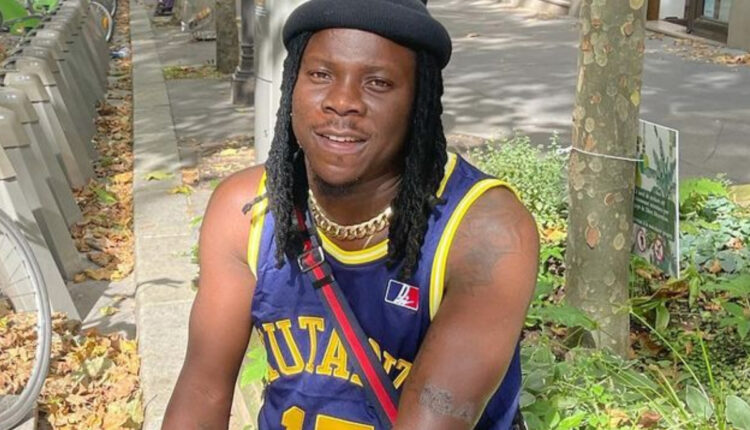 Ghanaian dancehall artiste Livingstone Etse Satekla, widely known as Stonebwoy has shared his idea about the E-levy that erupted fight in Parliament.

Stonebwoy doesn’t agree with the government about the 1.75% E-levy placed on electronic transactions.

He shared his idea during his 2021 Bhim Concert and intimated that the e-levy is about the government robbing Peter to pay Paul.

According to the musician, he will drop a song about the wrong decisions being made by the government even if he won’t be paid.

In his own words: “I see them fighting the other day in parliament over what is good for us and what is not good for us. They said the E-level, but no toll. In my own ghetto mind, I see them take away the toll and now they increase E-levy. They are robbing Peter to pay Paul.

“I will sing about these things and I don’t need to be paid. Music gives me the authority to speak about the right things,” he said.

Check the video below…

Lady lands in trouble for giving ‘doggy’ tutorial on social media, Receives beatings of her life from relative