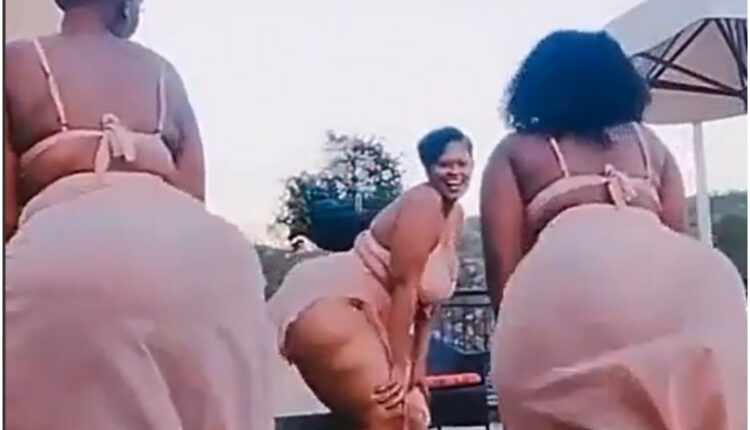 Three friends in matching outfits have sent the internet into a meltdown after they dropped a dance formation video clip on TikTok.

This is even an iota of the pandemonium ongoing as the huge backside and hips of these unnamed ladies have greatly impressed men while inducing slim girls to run for cover.

The video is gaining prominence on the internet and earning a cult following from men and we guess you know the reason for this.

In other news, a couple’s creative concept for their wedding has succeeded in causing so much effervescence on the internet and the video contained herein could inevitably warm your hearts too.

In the video, the bride emerged from a river in a beautiful decorative boat flanked by two men on a jet ski.

The bride was fully clothed in her white gown and shielded with her veil. She then joined the groom and other wedding guests at the wedding venue which was being held at the seashore.

We have no idea the origin of the video but evidently, the background music tells us it could come from South Africa.

Watch the video as uploaded by Van De Maestro on Instagram.