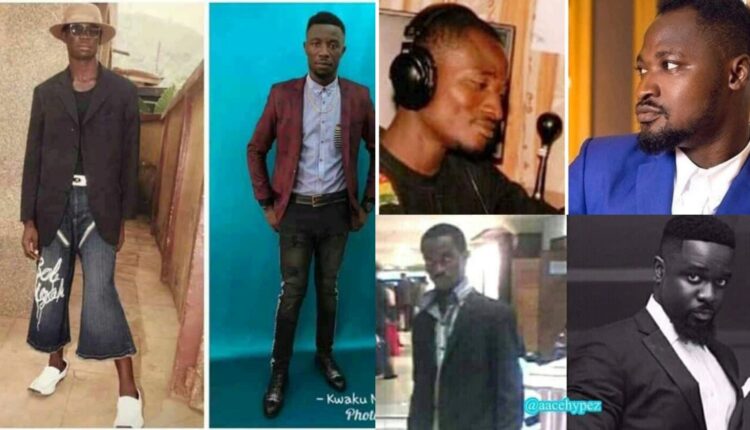 We all started from somewhere and the celebrities in Ghans you know now enjoying their lives and living large were once us without any fame. Most of them hustled to get to where they are now whiles others were born with a silver spoon. Nevertheless, we love their pictures because it teaches us about how human they are too.

Ghanaian rapper, Sarkodie has been really transformed by money since looking at his throw back photos and comparing it to current looks, there is a big difference.

Charles Nii Armagh Mensah popularly known as Shatta wale can be seen in his throwback photos which shows life was really a tough one for him.But now, the popular celebrity seems not to suffer as he used to although there are still worries in life. You can tell from his current looks that, he has moved from grass to grass.

Akwasi Boadi popularly known as Akrobeto is a Ghanaian actor, comedian and TV presenter who has featured in a lot of kumawood movies.He is also known for the size of nose and is a presenter on the real news show at Utv.

The “Rock star”, kwami Eugene is also another celebrity who has really changed.He looks more handsome although he looked handsome in his throw back photo.

Benson Nana Yaw Oduro Boateng popularly known as Funny Face, is a Ghanaian comedian known for his role in tv3 Ghana’s sitcom chorkor trotro.He is also known as swag on papa and children’s president. Aside his acting, he loves music and has some songs he has featured in.

Kwaku Manu’s throwback photo wearing a jeans trouser which looks like it is for females really looks funny on him.Kwaku Manu has also changed since his current photos even shows.

number 3 will surprise you