5 Warning Signs That You Are Lacking Vitamin D 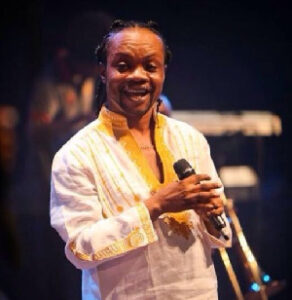 Beloved Ghanaian musician Daddy Lumba has released a new song much to the surprise and rejoicing of his cross-generational fans.

The song, spanning 5 minutes and 36 seconds, is titled ‘Ofon Na Ɛdi Asɛm Fo (A Worthless Person Does Worthless Things)’ and was sang in the Twi dialect of the Akan language.

Lyrically, it is a blistering innuendo targeted at “men who gossip,” “my many enemies,” detractors, gossipmongers and deceitful people.

It opens with “Let’s be honest, some things are vexatious.”

“She made me think she was a virgin only to find out she is a community cup,” he sings at a point. “He tricked me into second-hand clothes for our wedding.”

“If you attack me and I don’t respond, it’s simply because I see you as superlatively worthless,” he jabs at another close to 4 minutes in the song. “I don’t wallow in mud with the pigs.”

Since the Friday, December 23, 2022 release of the Highlife piece, social media has been rife with questions about what ocassioned the song’s creation and release.

Early this month, DL, as is his nickname, wrote the song title on his Facebook. Some fans were of the opinion that he was responding to prior allegations of indebtedness and failure to honour his part of an endorsement deal by the Chief Executive Officer (CEO) of Joy Industries Dr. Manfred Takyi, alias Jaydee.

In the a viral video, Jaydee bitterly bemoaned the attitude of celebrities who have taken monies from his company to publicly endorse said company’s herbal products and also perform at its events but have done otherwise.

“When you introduce your brand and tell them to post on their social media pages, they will tell you to sign a contract with them. Those times we had over twenty artistes on one platform, yes. Many of them owe us.

“Even Daddy Lumba owes us,” he alleged. “The money we gave Daddy Lumba and also customised a Tundra for him. Tell him to return our car. He had shows at which he was supposed to perform but failed to do so, not even half the show. Our money and car are with him. Today, they have turned their backs on us.”

Before release and even disclosure of song title, DL, adverstised ‘Ofon Na Ɛdi Asɛm Fo’ as the 2022 Christmas banger.

See below, some reactions by his numerous fans on his official YouTube channel where the song is currently available for streaming.

GOVERNMENT TO RECRUIT NURSES IN NOVEMBER 2022