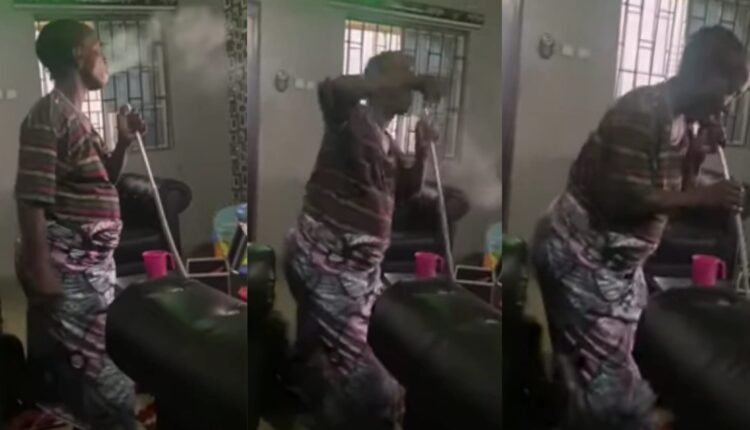 A hilarious video of an old woman believed to be in her sixties dancing and smoking has popped up.

In the video which is fast circulating on social media, the old lady was smoking heavily while dancing to the tune of some cool songs.

She was so happy that she forgot about the baby that was in the room with her. Many people have raised concerns about her actions especially since it’s not healthy for kids to inhale smoke.