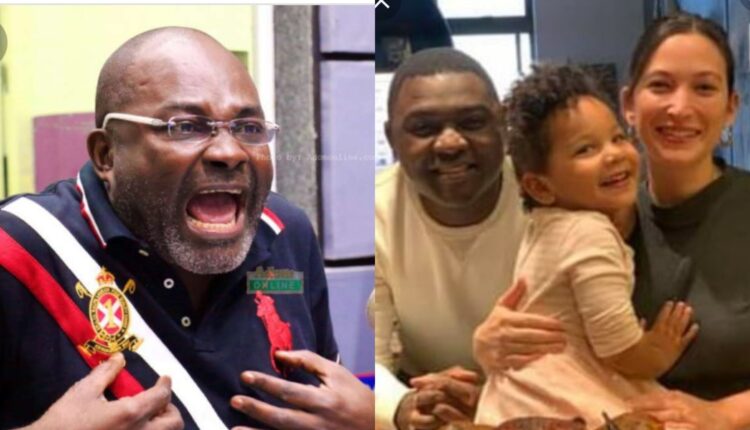 Controversial media personality and the CEO of Loud Silence Media Kevin Taylor is reportedly going through some marital disputes with his wife following his legal tussle with politician, Kennedy Agyapong.

Kennedy Agyapong and Kevin Taylor have been going at each other with accusations and name-calling that has resulted in the lawsuit.
Kennedy Agyapong is said to have sued Kevin Ekow Taylor in Virginia State Court for defamation and for damages worth $15 million. Kevin Taylor has been given 21 days to respond to the suit in accordance with US Civil procedure rules.

According to Daddy Fred, a Ghanaian vlogger located in the United States, Taylor’s American wife is contemplating divorce as the lawsuit against her husband by Kennedy Agyapong  will result in the loss of their assets and everything they have toiled for.
Kevin Taylor, in a rapid response to the lawsuit, stated that his lawyers were prepared to face Agyapong in court.