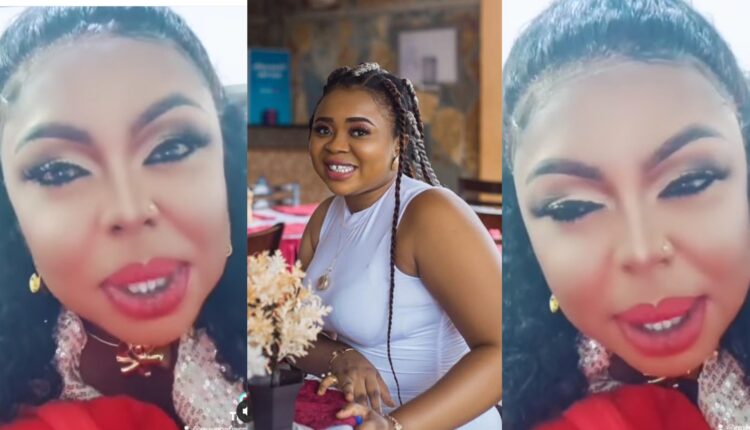 Self-acclaimed queen of comedy, former actress and entrepreneur, Afia Schwarzenegger has once again made a heavy allegation against TV presenter, Adu Safowaa.

Speaking in a recent interview with Abeiku Santana on “Atuu” on UTV, Afia stated emphatically that Adu Safowaah is a liar.

Afia furthered that she would have sent Safowaa to court for showing her (Afia) nudes on social media if her family members had not intervened.

Recall that a few months ago, Afia Schwarzenegger and Adu Safowaa were engaged in a heated scandal where Afia masterminded the arrest of Safowaa for exposing her nudity on social media.

But after several deliberations and an apology from Safowaa’s Family, Afia Schwarzenegger allowed her to go scot-free.

Well, Afia doesn’t seem to regret her actions especially since she told Abeiku Santana that Safowaa slept with her Ex-boyfriend in exchange for 500 cedis.

Watch a snippet of the interview below

You are a f00l if you use juju on men, they are very cheap and easy to get- Lady rants in a video