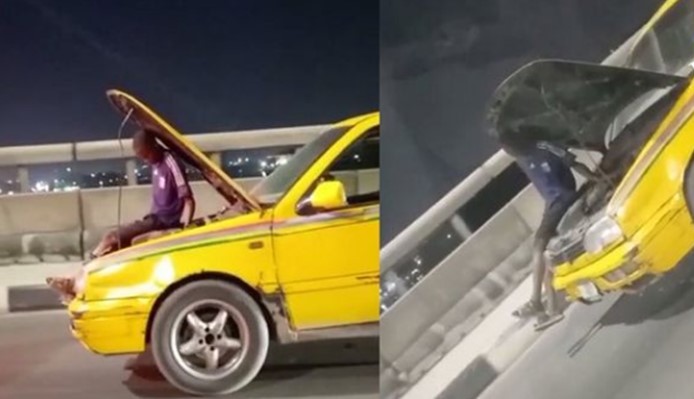 A video making waves on the internet has stirred massive reactions as a young mechanic is captured fixing a cab fault while it’s moving.

The video is said to have been captured in Ikoyi, Lagos State and this was very amusing to the motorist who recorded the footage.

See the video below…

Why Your Manhood Keeps Shrinking? See what you can do to…